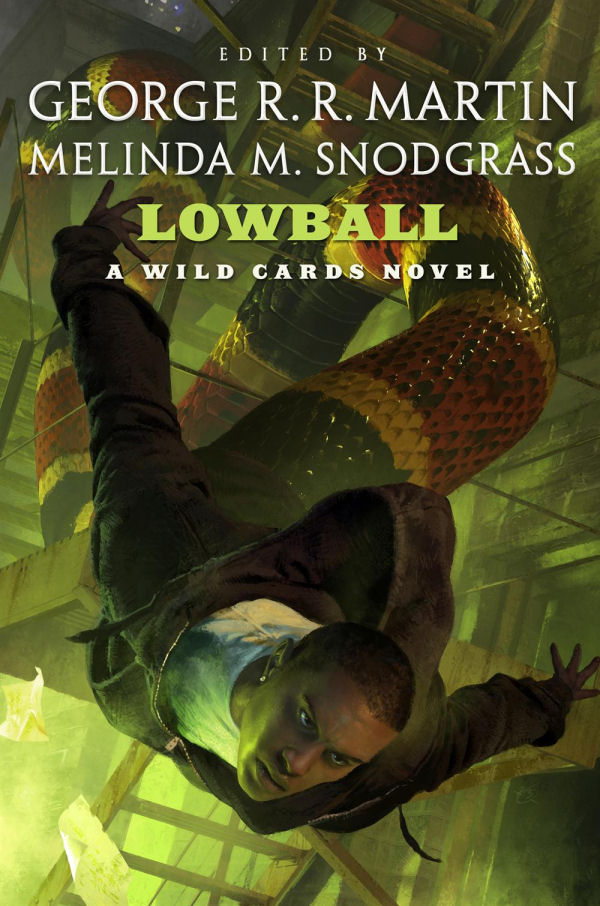 This is my second story in the Wild Cards universe and my first involving the character Eddie Carmichael, AKA The Cartoonist. Eddie is a joker — a person whom the Wild Card virus has transformed into something strange and repellent — but the virus has also given him a hidden “ace” talent. What he chooses to do with that talent… is also kind of strange and repellent, at least at first, but he’s not really a bad guy. He’s an interesting, complex character and I look forward to working with him again.

In my first Wild Cards story, I was adding a new story to an existing, published book so I knew all of the parameters within which I had to work. This one was written for a book that was in development, and so it had to be rewritten several times to fit the other stories as they came together. In particular, an important secondary role in the story (the cop in charge of the investigation) had to be changed to a different character not just once but twice. It was a very interesting exercise to rewrite that character’s scenes with a different person in the same role — virtually every sentence of dialog and action in those scenes had to be modified either slightly or drastically to suit the new character’s personality.

At this writing I have not yet seen the finished book, so even though my chapter of it is complete and final I don’t know how the story comes out!

After Eddie had finished the panel, cleaned his brushes, and taped the new pages up on the wall above his bed, he settled down in his chair with a small sketch pad and a black fine-point felt-tip.

Eddie tapped his fingertips together, pondering options and possibilities.  Then he began to draw.  With just a few quick lines, a familiar form began to take shape on the pad in his lap.

As Eddie sketched, something like white smoke began to swirl in the air, condensing and thickening, spiraling downward into a hazy bowling pin shape about seven feet tall.  Bulbous arms and legs coalesced from the mist, a small head, an enormous cucumber schnoz.

Eddie looked up from his completed sketch of The Gulloon to see the same character looming over him in person, his big clodhopper boots pigeon-toed on the scuffed vinyl of Eddie’s floor.  He raised one hand and gave Eddie a little three-fingered wave.  The Gulloon didn’t talk.

Through The Gulloon’s eyes Eddie saw himself, a hunched warty excrescence of a joker, but that didn’t last long.  The Gulloon turned away, clambered up onto the kitchenette counter, and squeezed through the finger’s-width gap that was always left open at the bottom of the window.  With an audible pop he reappeared on the other side, pausing a moment on the fire escape to mold himself back into his usual shape.  Then he ambled down the fire escape ladder toward the street.

Eddie himself remained in his chair, conscious and aware, but he closed his eyes to block out the view of his apartment.  It was easier that way…