How the Future Predicts Science Fiction 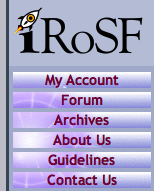 This essay was originally written as a PowerPoint talk. I was honored to be invited to present a talk, on a topic of my choosing, at the Library of Congress when I happened to be in Washington DC for an unrelated event (okay, it was the annual international gay square dance convention). I mulled for a long time over what I should talk about, and when I was talking with my father about the problem he suggested the title as a joke. But it isn’t a joke at all, and I immediately realized the truth of it. The whole talk came very quickly from that.

The talk was very well received, so I turned it into an essay. And now you can read it online for free.

First off, we have to understand what we mean when we talk about “the future.”  That definite article “the” implies that there is a single future, but of course there isn’t — despite how we talk about it, the future isn’t a fixed, tangible thing, it’s a psychological and social construct.  (The past is also a psychological and social construct, but we won’t get into that here.)  Each of us has one or several possible models of the future in mind at any given time — both our personal future and the future of the world — and society as a whole also has several possible agreed-upon futures under consideration.

These models of the future are built by the human brain, extrapolating from the present situation using information gathered from past events, and they are all inherently flawed because of the limitations of the human brain.  Even computer models and other calculations are built according to rules devised by human brains, and are equally subject to these flaws.  Our vision of the future tells us much more about ourselves, our pasts, and our present than it does about the actual future.

We science fiction writers aren’t futurists.  SF needn’t even be set in the future, and even when it is, we’re not necessarily trying to create an accurate model of what we believe is the most likely future — we’re just trying to write an entertaining and thought-provoking story.  To this end, we’ll often create an exaggerated, stylized, or dramatized vision of the future designed either to make a point or simply to provide a more interesting story…