Theatrical adaptation of “Tk’Tk’Tk” in Portland 4/24

I’m very pleased to announce that my Hugo-winning short story “Tk’Tk’Tk” has been adapted into a short play, which will be presented as part of an evening of “Brave New Sci-Fi” at the Jack London Bar in Portland, Oregon on April 24! See http://thepulpstage.weebly.com for more details.

The adaptation was written by playwright Matt Haynes, and the evening will also include “Why I Left Harry’s All Night Hamburgers” by Lawrence Watt-Evans, “My Heart Is A Quadratic Equation” by Shane Halbach, “Deb & Joan” by Isaac Rathbone, and possibly more! The same company has previously adapted works by Ken Scholes, Tina Connolly, and Liz Argall.

I’ve read a draft of the adaptation, and it’s… very different from the short story, but I can’t disagree that the changes are appropriate and indeed necessary. The page and the stage are different media with different needs. I’ve seen before how prose changes when it’s adapted to drama, but this is the first time I’ve seen it with one of my own works and it’s been educational.

I’m really looking forward to seeing the play performed on April 24, and if you’re in Portland I hope you’ll be able to join me there! 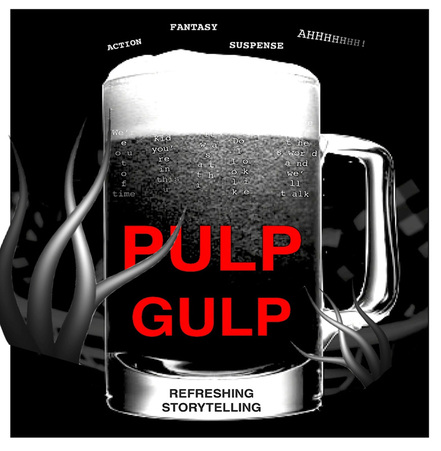