So here it is awards season, and I suppose I ought to summarize what I published in 2016. By comparison with previous years it is a very short list, only two items, but I’m exceptionally proud of both of them. 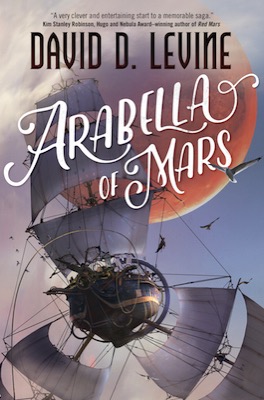 My first novel, Arabella of Mars, was published in 2016 to considerable acclaim:

Arabella of Mars is available in hardcover, ebook, and audio formats at Amazon, Powell’s, and everywhere else books are sold.

My only other publication in 2016 was novelette “Discards” at tor.com, a standalone story in George R. R. Martin’s Wild Cards universe. You can read the whole thing for free at tor.com.

If you are a SFWA member and believe these works are award-worthy, you can recommend Arabella for the Nebula or Norton Award or “Discards” for the Nebula Award (login required).