I have had an Adventure

I have had an Adventure this morning, but all is well.

While hurrying to catch the train to the airport on my way to Montreal for Scintillation, I stumbled on the platform and face-planted on the concrete. I broke a tooth and cut my lip. There was quite a bit of blood. I kept telling the train driver to go on and not hold up the whole system for me, but he kept the train in the station until paramedics came.

The paramedics checked me over and offered me an ambulance to the ER, but although I was technically in shock my neuro signs were stable and I declined. I considered continuing to Montreal with a broken tooth… for about one minute. Then I hailed a Lyft to my dentist. On the way there I started messaging with the airline about changing to a later flight.

The dentist got me into the chair almost immediately. And twenty minutes later I had a new plastic tooth nearly indistinguishable from the old one. Dr. Dotson at Smiles Northwest in Beaverton gets my highest rating.

I got out of the chair to find that the airline needed my credit card to pay the small fee for the new flight (most of the fees were waived due to a medical emergency). But I still had an hour and a half before my flight. I decided to decline the new flight and try to make my original flight.

Lyft to the airport, TSA pre-check, and I arrived at the gate with five minutes to spare. But I did find square dance friend Don Hicks there, who was at the airport for another flight and came over to my gate when he heard them repeatedly paging me. (They needed to check my passport.)

So. Here I am with a new tooth and a split lip, just about to depart for JFK on the way to Montreal. Whee!

The picture below is the After pic. If you want to see the horrific and gruesome Before photo, it’s here: https://www.icloud.com/sharedalbum/#B0w5ON9t3tn6Xm 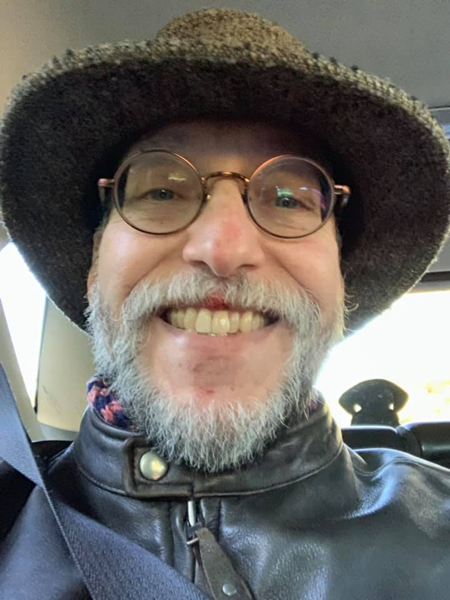