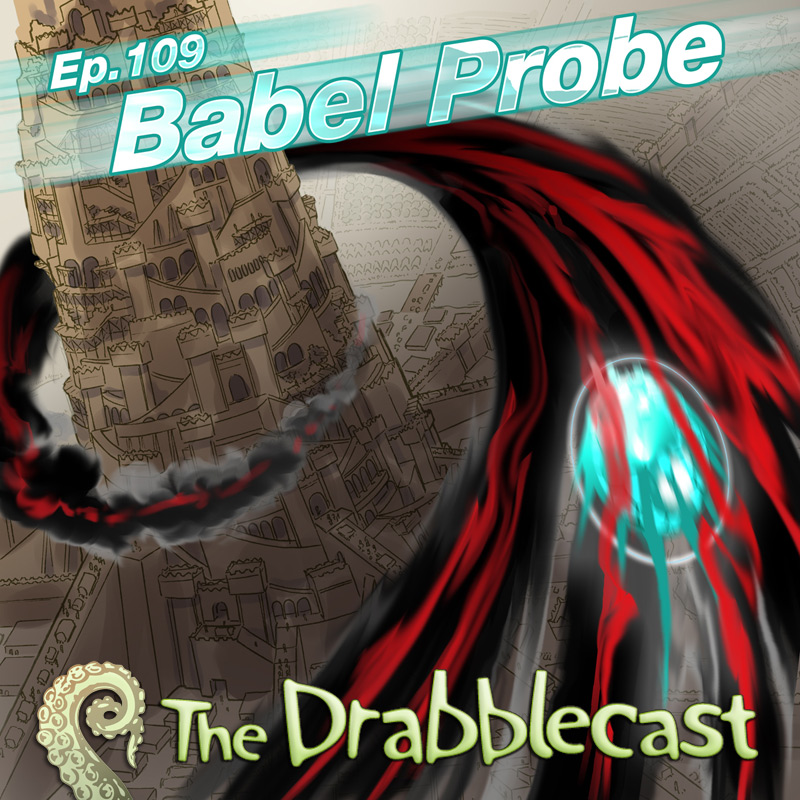 The origin of this story was a “story dare” on the mailing list for people who would be attending Clarion West in 2000. We were kind of nervous about being able to write fast enough for Clarion, so some of us decided to write a story in less than a week with randomly-selected characters, plot type, and setting, which were: a robot and a demon, in a mystery, in a non-Western historical setting.

I wrote it in less than a week — in one day, in fact. Had a lot of fun with it, too. But then I didn’t do anything with it until a year after Clarion, when I had it critiqued, brushed it up, and sent it out.  It collected rejections for a while and then I trunked it for a couple of years, until I got a request from a new webzine called Darker Matter that was just starting up and wanted something for their first issue.  I sent it in, they took it, they published it, and not much of anyone noticed it.  That was it for a couple more years until I sent it in to The Drabblecast as a reprint.  As it happens, Norm was just working on a song relating to an ancient Near Eastern civilization.  He bought the story, slammed it through production in just two days, and produced an amazing podcast that literally gave me chills. 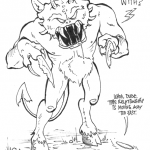 I don’t know what it was about the combination of that story and the Drabblecast production team that produced such amazing results, but everyone agreed that it was fabulous and it won the People’s Choice award for the Best Drabblecast of the Year. Which is great except that Kate refuses to have the eyeball on her mantelpiece.

Also, my friend Sän drew this nifty cartoon about it (click it to see the whole thing).

“Hats off to David for portraying an artificial intelligence that was at once both familiar and alien in its way of thinking. … A story about the search for the truth, and one I happily recommend.”
— Alternate History Weekly Update

Core Services reassures me that all system services are operating normally, while Defense and Acquisition solidify my perimeter and begin constructing I/O devices. Sustaining has already doubled my memory from the paltry petabytes that I had to work with on arrival, and the pace of construction is picking up rapidly. Location will have an initial report for me in seven hundred sixty microseconds.

Everything seems to be under control.

While waiting for my senses to coalesce, I take the time to relax, work the kinks out of my muscles — metaphorically speaking, of course. I have no muscles; I mass only a few micrograms. Transitioning anything more massive than that, six thousand years into the past, would have raised the already hellacious energy costs of this mission to a level well beyond bankruptcy. The physics of time travel were well understood fifty years before I was designed, but only the latest advances in sub-quantum computing made it practical. Alas, humans will never travel in time — to transition a single human body by even a single second would cost more than the energy output of an entire star.

I pity them. So massy, so slow, so bound to the physical world.