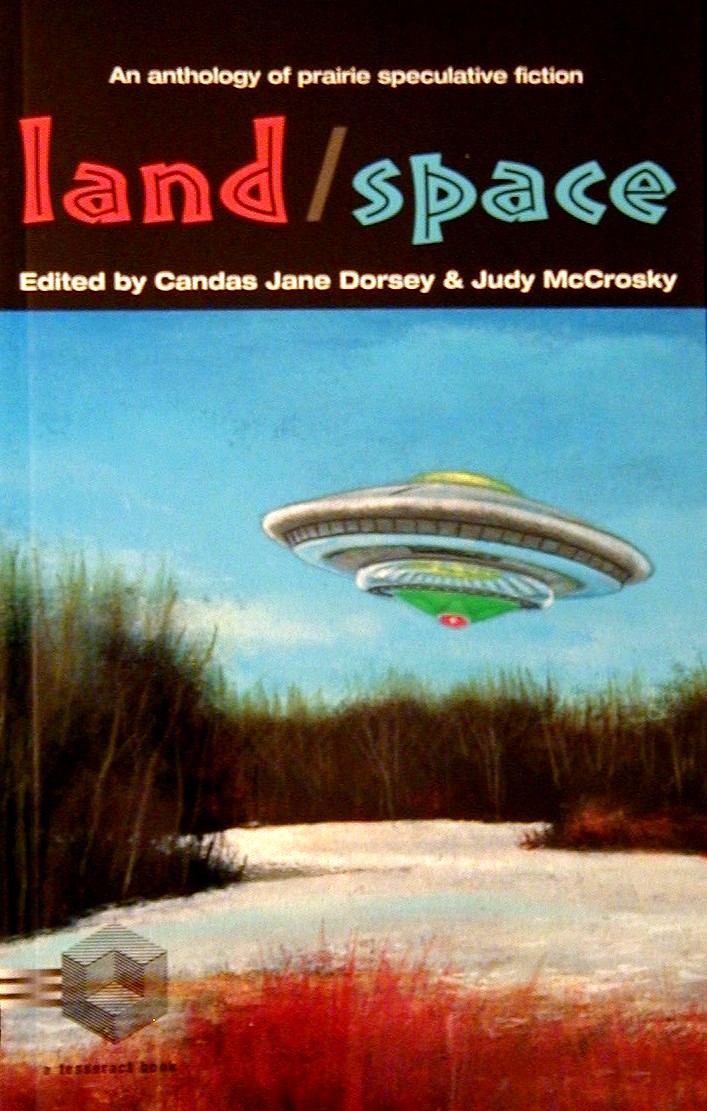 This story perches on the cusp between “modern” or “literary” fiction — which I often describe dismissively as “fiction in which nothing happens” — and “speculative” fiction — fiction with a fantastic element. It could be read as a pure metaphor. I prefer to think that the fantastic event in the story is literally true, in the context of the story. The story as a whole could be treated as a metaphor, though.

That’s why I call it “magic realism.”

Of all my stories so far, this is the one that’s least like “the kind of stories I usually write,” but, paradoxically, it’s the most personal. Or, at least, the one in which the characters and events of the story are closest to my actual life. Everything in this story is based on events that have happened to me, places and phenomena I’ve observed, and emotions I’ve felt… except that my parents are still alive. Oh, and I grew up just a few blocks from Lake Michigan; the nameless protagonist in the story grew up several miles inland (I moved the house to make it more “prairie”).

This story was written explicitly for Land/Space. Editor Candas Jane Dorsey was one of my instructors at Clarion, where she helped me to understand that the way to crack a coconut from the inside is with love.

He gripped the steering wheel harder to still the trembling in his hands, to maintain his focus.

It was difficult to watch the road when the infinite horizon sucked at his attention. It was so very flat here. Even the tiny rise of a freeway overpass was enough to give a view for miles. A panorama of factories and churches, standing out from a background of boxy little houses: tiny square things, brick and clapboard, with pointed roofs against the snows. So simple, like a child’s drawing of a house. Each with a little concrete stoop, just two or three steps high, and a simple, flat lawn of green grass. Perhaps a bush or two. Not like the overhanging roofs, deep porches, and sprawling rhododendrons of his neighborhood in Portland.

How could a cartoon of a house keep you safe from the vast open spaces? Portland houses had solidity; those overhanging Craftsman roofs enclosed, protected, defended. Just in case Mount Hood decided to blow off its lid like Mount St. Helens, revealing the horizon beyond, they were ready. Milwaukee houses were naive, defenseless. They clung to the flat landscape like lumps of chewed gum; their only strategy was to be too inoffensive to bother with.

The houses were tidy here, but the cars were in bad shape. The one passing him right now was nothing but a lace of rust, its bumpers held on by bungee cords. Back home — back in Portland — a car that age might have five more years in it if you kept the oil changed. But here they salted the roads.

Or was it the salt, really? That was what his father had told him. But how he felt it was the great widths of this flat landscape that sucked the life out of cars. Storms swept hard across the prairies, with no mountains to block their effect; maybe the North Pole, its effects also undamped by terrain, pulled molecules of metal out of cars, leaving them riddled and weakened. Then the weather finished them off.

They got off the freeway and headed west on Capitol. Parks and fast-food places that might have been anywhere; suburbs whose names he’d forgotten. Seen from street level, the houses weren’t really so tidy: paint was peeling, shingles loose. Midwestern winters were hard on houses. Or maybe it was the neighborhood; he had not lived here in so long, he didn’t know if this was one of the bad ones. Probably that was it. There were too many boarded-up storefronts here for a “good” neighborhood.

But something in him believed those stores were not closed, just boarded up against the pull of the prairie — the infinite widths of horizon that kept drawing his eyes from the road ahead of him. Like a hurricane, he thought. He imagined cautious Milwaukee shopkeepers boarding their windows against the horizon: grim Germanic faces, starched white aprons, pencils tucked behind ears… and ten-penny nails clamped between white lips, eyes glancing over shoulders as the shopkeepers nailed up another sheet of plywood.

Unlike a hurricane, though, the horizon never went away.