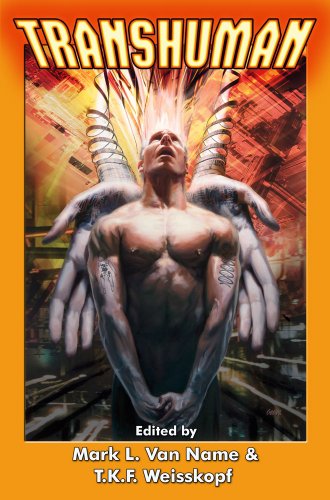 I worked in the computer security industry for seven years, but the genesis of this story goes back to the “Morris worm,” the first Internet worm, which struck in 1988.

The Morris worm propagated rapidly across the net, clogging networks and crashing systems left and right, and system administrators worldwide had to choose between cutting off their net access in an attempt to keep their local networks clean (though it might already be too late) and remaining online to get the latest news and information about fighting the worm. There were as yet no anti-malware programs, and some feared this worm would be the death of the nascent Internet.

My company weathered the storm by virtue of using non-standard computers, but it was a scary time, and I filed the idea away for future use. Now, at last, here is the story based on that idea.

It started in China, as I’d always feared it would.

I sat in my darkened office, surrounded by glowing screens. Usually the screens were filled with the tools of my job — system status displays, network traffic monitors, hardware health summaries, and the faces of my subs — but for now I’d pushed most of those to one side in favor of the news. Even so, I kept a wary eye on my network. No sign of any trouble here, so far.

I shoved another stick of gum in my mouth, chomped at it without tasting. I tossed the gum wrapper toward the trash but, distracted, forgot where I was and gave it too hard a push. The wrapper arced high and bounced off the ceiling and the wall, drifting gently down to join its fellows on the floor. I groaned and ran a hand across my thinning blonde crewcut, desperately craving a cigarette.

The nearest cigarette was four hundred thousand kilometers away.

“Reports from Harbin are confused and fragmentary,” said the reporter on Telenews, a neon-lit nighttime street behind her. The face above the Telenews logo was wide-eyed and glistened with sweat — either human or a very, very good sub. “All communication channels and transit systems are still down, and those few who have emerged on foot agree on little other than that power is fluctuating city-wide. Some report incomprehensible messages on their phones.” A Chinese businessman appeared, pointing frantically to the phone on his wrist and jabbering something that was translated as “It was no human voice. It greeted me by name. It said ‘I knew her,’ and then ‘They cannot.’ Then it cut off…”