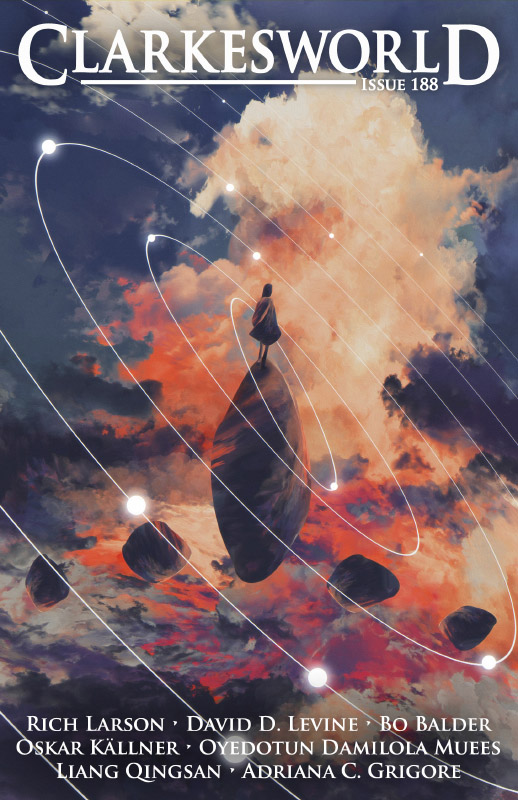 This story started knocking HARD at the back of my head after I visited the Italian hill town of Siena for the Palio horse race in 2016. I was very fortunate to be hosted by American friends who are part-time Sienese, and have in fact been baptized into one of the town’s contrade, and so I got a close-up view of the proceedings in a way that most tourists do not. I even wound up standing right next to the horse as it was blessed by the priest.

Siena is an ancient town with a rich history of feuding clans, whose internecine battles grew so deadly that the Duke had to step in and tell them “all right, enough with the fighting, find some other way to settle your differences.” So, after considerable additional bloodshed, they settled on a biannual horse race. Which is still fought like a war. Siena at the Palio is such a rich world, with so much drama built in, that I thought it wouldn’t need much in the way of additional work to become a fantastic story. All I had to do was change the Sienese to aliens, the horses to powered hang gliders, and write it up.

It took me over a year to write the first draft, including taking a hang gliding lesson and a lot of other research. I was thinking of this as a sports story and I wanted to get the flying details correct. I knew it would be a long one, and I wasn’t too surprised when I wound up with a novella, 28,000 words… which is a very hard length to sell. I sent it to critique, and got some good comments, but they were daunting. The draft needed a lot of work, including an entirely new ending, and then came the pandemic. It sat untouched on my hard drive for another year.

In 2021, prompted by a rare novella call from Uncanny Magazine, I finally got my feet under me enough to consider revising this story. I changed the ending, raised the stakes, and tried to change the focus from what was happening on the race course to the character’s emotional journey. This gave me a 30,000-word draft… which I submitted, and was rejected two months later. “We adored many elements, but the pacing didn’t quite work for us.” (Later I discovered that they only accepted one novella out of the hundreds submitted.) Then I was distressed to find that, at 30k words, it was too long for Asimov’s, F&SF, Lightspeed, and Clarkesworld and was only acceptable at Analog as a serial. The only remaining place to send it was Tor.com.

I am fortunate to know several Tor editors, and I queried all of them to see if they might be interested in a novella from me. None of them were, but then Christopher Morgan (my editor for Arabella of Mars) passed it along to his colleague Jen Gunnels, who said she’d give it a look. She came back with this response: “I don’t think that I could successfully suggest this as a Tor.com novella. It might perhaps make a better novelette or longish short story.”

So I set out, with Jen’s help, to cut between half and three-quarters of its current 30k-word length. I cut major scenes (goodbye, investiture ceremony!). I merged characters together. I reduced the three practice races to two, and cut the majority of the painstakingly-researched flying details from what remained. It took me almost two months and was like pulling teeth the whole time. In the last few weeks I was only managing to nibble away a hundred words or so a day. Finally I threw in the towel at 17,999 words. Not quite a novelette, but close.

I sent it back to Jen, who enjoyed it very much… but couldn’t get the powers that be at Tor to take it. Alas. But I felt it was greatly strengthened, and furthermore at 18k words it was now acceptable to several other markets. I started with Clarkesworld… and they bought it!

After a few edits suggested by editor Neil Clarke the final word count is 18,120, which is 620 words longer than the upper limit for a novelette. But I really feel it is a novelette at heart, and so if you’re thinking of nominating it for an award I’d appreciate it if you’d nominate in that category.

Six years. It’s been quite a journey. I hope you like it!

“This novella holds the reader’s attention from start to finish. The flying scenes are exciting, but the narrator’s struggles with alien culture and the company promoting the engine are equally compelling. The narrative style is clear and vivid, reminding me a bit of Roger Zelazny.” — Victoria Silverwolf, Tangent

“Kestrel Magid is a human who has learned to fly in the Shuwashee style of the Silene race. They compete in a flying contest that has been going on for millennia, using artificial wings and jet engines. The participants are separated into clans called a clade and they are fiercely competitive. The Sabrecat clade is one of the best at the competition and the Stormbird clade has not won in more than a century. This all makes for an exciting story with just the right ending.” — Sam Tomaino, SFRevu

I banked into a climbing clockwise turn, my wing’s fabric snapping, my jet’s exhaust hot on my backside. A beautiful panorama of Shuwash Island spread out below me, black beaches and orange jungles rising from a white fringe of surf to the gray and treeless volcanic peaks. Beyond those peaks, across the sea, lay the long stony ridge of Ookura Island, and barely visible beyond that the flat orange patch of Skein Island. Names famed in song and story, places I knew by heart from the map tacked up on my boyhood bedroom wall… and now I was here, here for the Kora!

Me, Kestrel Magid, the first human to fly the Kora! Indeed, the first non-Silene. Ever. In a thousand years or more.

It was a dream come true.