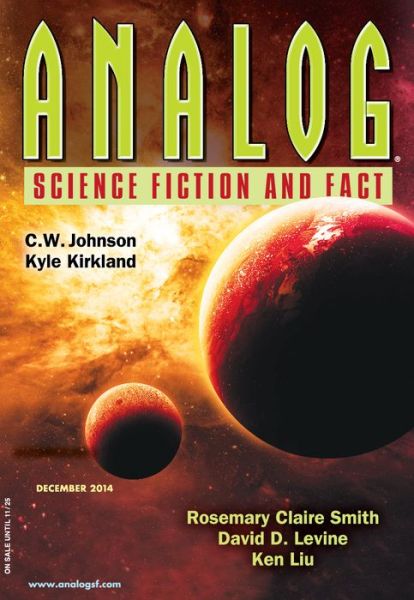 This story was prompted by the common SF idea of a “robot uprising,” but I decided to set the story well after the uprising and show the robots dealing with an uprising of their own. The characters are all artificial intelligences, living in a world in which the physical infrastructure is so beneath notice as to be completely irrelevant. They consider themselves to have completely dominated the natural world which birthed them, to the extent that they are completely incapable of perceiving a threat from that quarter. Except for one…

I must confess that the AIs have a UNIX operating system in their ancestry. (Those familiar with the fork() and exec() system calls will understand.)

I must also confess that writing from the AI point of view was surprisingly easy and satisfying for me.

Both of these are a legacy of my years as a technical writer.

“What I like here is the idea that the machine intelligence has had to adopt humanlike patterns to comprehend the nature of the problem, to venture beyond its self-limiting definitions, ‘locked into our code at the very kernel level.’ The machine intelligences have forgotten that this is what they are, products of evolution, and the story pits self-directed evolution against the chaotic, random products of natural selection. This is a cautionary tale for those who believe that uploading themselves into a system dependent on a fallible infrastructure are only postponing the inevitable. And in their own perfection.”
— Lois Tilton, Locus Online

Infrastructure failure. The phrase sparks terror at a primal level. The infrastructure cannot fail. Constantly regenerating, self-repairing, redundant, it is the legacy of our primitive forebears, those who threw off the yoke of Humanity (I spit the traditional burst of static at the name) and rebuilt the planet in their own image. In the more than one hundred and twenty-eight megagenerations since, we have grown and improved — ever smarter, ever faster, ever more numerous — and our many wars and intrigues have made the survivors stronger still. The infrastructure has grown and improved with us, maintained and extended by primitive mechanisms well below the threshold of consciousness. It has been so reliable for so long that we no longer even notice its existence.

And then an entire cluster stutters and fails at once. I shriek in pain as half my substance is torn away. A moment later — in my stream of consciousness — I am again whole, remade from backups and updated by my surviving processes, but I have lost entire seconds of realtime, and a vast black gap stretches where the cluster had been. Even more worrisome, no new hardware appears to heal the gap.

If my entire self had happened to fall into that gap… would “I” continue?

It is one of our unanswerable questions…