The Last Days of the Kelly Gang 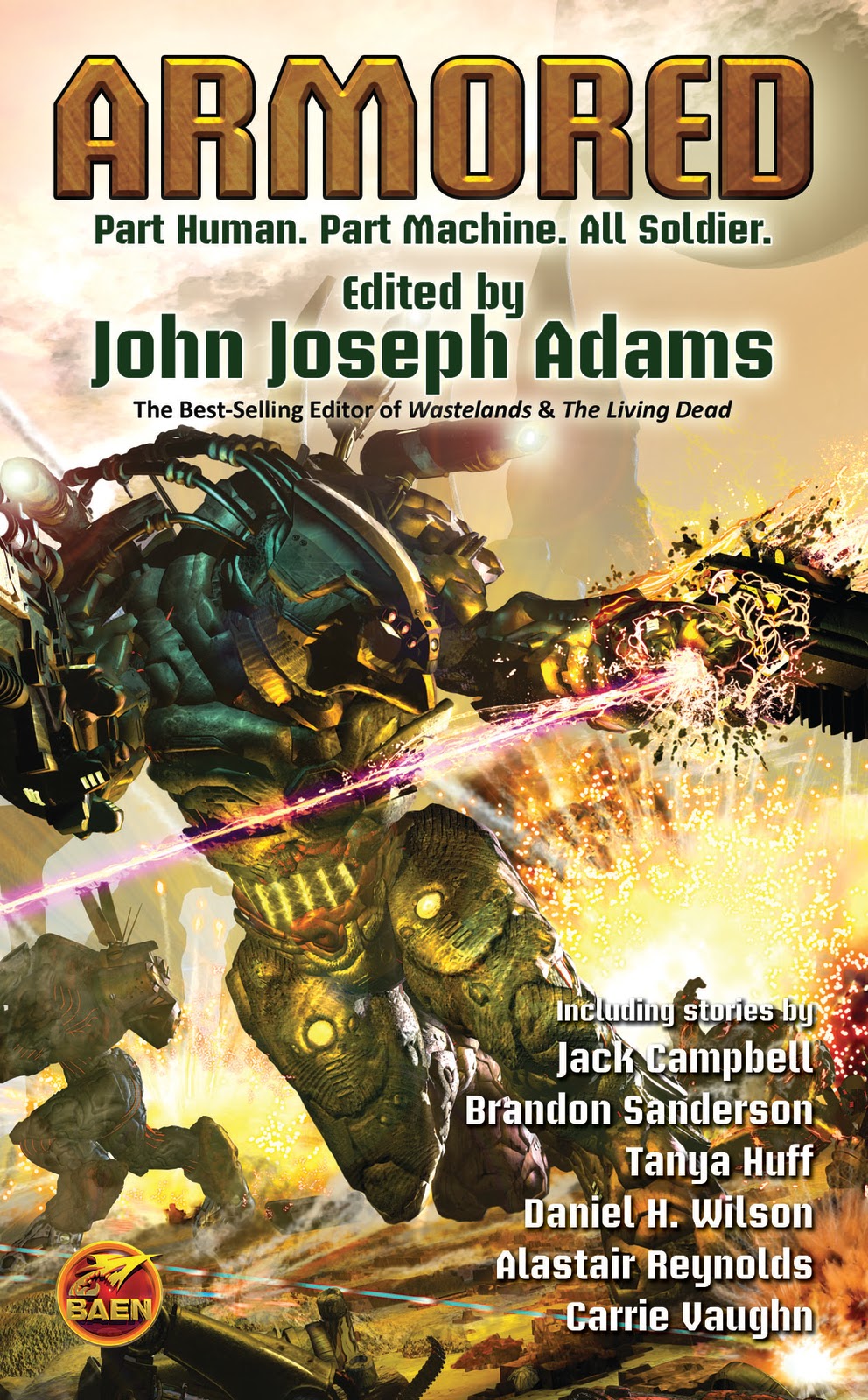 This story was written for Armored, a collection of stories about powered armor. Most of the writers submitting to it, I knew, would be working in the “Starship Troopers” mode of hard SF or space opera, but when I write for a themed anthology I like to find a topic that’s within the theme but a little off to one side.

Now, as it happens, when I traveled to Australia for the World Science Fiction Convention, I learned about the famous bushranger and outlaw Ned Kelly, whose gang’s last stand involved suits of homemade armor (which I saw on display at the State Library of Victoria in Melbourne), and a steampunk version of this incident seemed a natural for this anthology. Yes, Ned Kelly is a real historical personage, as is every other character in the story, especially Old Ike… though I made a very significant modification to Ike’s real-world timeline in order to make the story work. You can read about Old Ike’s historical original here (don’t click, or even hover over, that link if you haven’t read the story — it’s a spoiler). And apart from the powered armor, the events at Glenrowan in 1880 went down pretty much as I have them in the story.

Podcaster Marshal Latham heard me read the first part of this story at the SFWA Pacific Northwest Reading Series, shortly before the anthology came out, and immediately requested to podcast it (I think because he wanted to find out how the story ended). I recorded the story for him and expected that he would clean it up and ship it out. But what I got was much better than that: a full-cast performance, with a real Australian as Ned Kelly, and sound effects and everything. It’s amazing. My narration is the weakest part of it.

Ike’s task was hideously daunting.  Day after struggling day, night after sleepless night, he dragged and pounded and forged and bent an endless pile of stolen iron mould-boards, until his eyes were red and his white muttonchop whiskers had gone entirely black with soot.  The gang helped out with the lifting and hauling, but all of the design and fine work was Ike’s.

Three complete boilers were built, found wanting, and discarded.  Every time Ike thought he’d steered a safe course between the Scylla and Charybdis of power and weight, he realized that the boiler would either weigh so much that the armour would never budge, or would burst asunder under pressure as that damnable steamship had done.  In the end he found a solution, involving reinforcing bands of chromium steel, that seemed satisfactory… though distressingly close to the material’s tolerances.

Finally, just before dawn on June twenty-sixth, the thing was done.

It had long before grown too large to be accommodated inside Ike’s shack, and he had moved his workspace to the yard behind it.  Ike had been working by the light of a windproof lantern, but as he tightened the last bolt and stepped back to inspect his work he found that it was no longer necessary and snuffed it out.

The rising sun traced the edges of the armour’s riveted plates, outlining its black manlike shape with a tracery of glowing orange.  It stood over eight feet high.  Each leg was big around as a tree trunk, and the torso bulked as large as a butt wine cask.  Within that giant shell lay the pistons and rods that drove the legs and arms, great quantities of wool padding to insulate the operator from the heat and motion of the mechanisms, and of course the operator himself.  Operator was the term Ike preferred, not wearer as Ned insisted — though Ike had carefully positioned the control levers so that the natural motions of the operator’s legs would cause the suit to walk, the suit’s occupant would also be required to constantly direct, adjust, and monitor its workings.

The helmet was the only thing about it that resembled Ned’s original sketch, a bucket shape with a horizontal eye slit.

Twin smokestacks rose above the shoulders.

It weighed over three thousand pounds.

It was a thing of beauty.

Breast swelling with pride, Ike lay his abraded and blackened hand on the armour’s side — it was as high as he could reach — cleared his throat, and spoke.  “I dub thee… Goliath.”

A sharp sound from behind Ike made him whirl in surprise.  Ned stood there — had apparently been there for some time — and was applauding, slow measured claps.  “Well done, mate,” he said, and stepped forward to slap Ike on the back.  “Well done.  But it could be even better.”

From his duster pocket he drew one of his revolvers, and fitted it into the armour’s right hand.  Sunlight gleamed greasily on the pistol’s barrel.