The Tides of the Heart 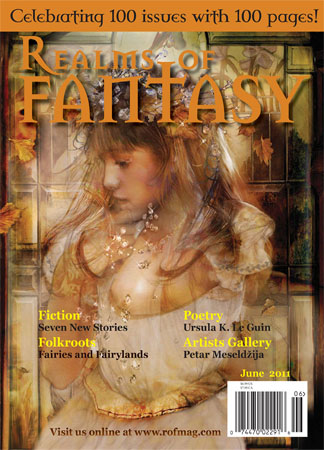 This was written at the Taos Toolbox workshop as my story for week 2. The original prompt was a comment that someone had made at a panel (perhaps at a World Fantasy Convention) some years earlier: ” Why is it always musicians and artists in fantasy?  What about lawyers, or plumbers?” I’d filed the idea away in my story ideas file, and now it was time to write it.

Then, after our workshop discussion of Samuel R. Delany’s Nova, I questioned my assumption that the plumber in the story was white and male. What if he was black? Or a lesbian (quadruply invisible because of gender, orientation, class, and occupation)? The more I thought about that, the more intriguing possibilities it raised about the relationship between the plumber and the undine and the magical qualities of love and marriage.

The product of all that thinking turned out to be a quite intriguing and topical story. And then, after being published in Realms of Fantasy, it was picked up for Heiresses of Russ 2012: The Year’s Best Lesbian Speculative Fiction.

The house was a nice Craftsman bungalow, sturdy and square, with good solid gutters and no problems I could feel from the porch.  I pushed the bell.

The guy who came to the door was a head taller than me, but going soft in the gut.  “Are you… from Lou’s Plumbing?”

The guy flinched at the strength of my grip.  “Sorry.  I was expecting…”

“Someone taller?  Yeah, I get that all the time.”  He’d been about to say “a man,” of course, but I didn’t have time right now for the usual dance around my gender.  I was scheduled for salvage on a big demolition job in the Pearl today, and I’d only squeezed this guy in because he’d said it was an emergency.  “So, what seems to be the problem?”

He showed me a kitchen sink half full of standing water, and the same in the tub. “Which way to the basement?” I asked, pretty sure I knew what the problem was.

He led me down the stairs and I knelt over the floor drain.  Placing my hands on the cool concrete to either side of the rusty grille, I extended my perceptions through the concrete to the lead pipe below.

It was just as I’d suspected: there was a nixie living in the drain.  Typical for a bungalow of this vintage...