They call me “Walks With Llamas” 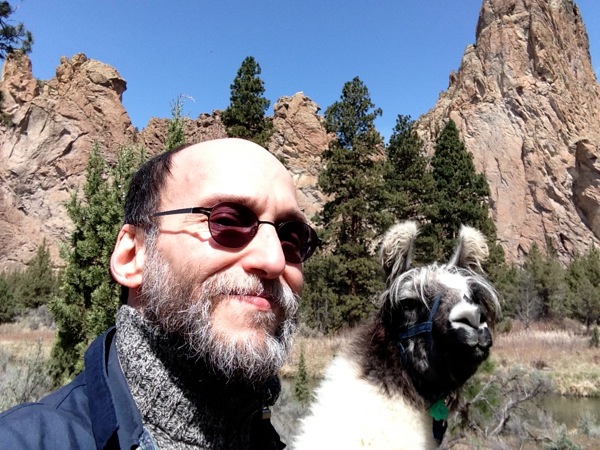 It started, as so many things do, with The Amazing Race. It was when we saw yet another pair of racers fail to cope with a stick shift, I think, that we said “haven’t these people seen the show before? Didn’t they know they should expect to have to drive a stick shift?” Which led to some thinking about what other things a potential Amazing Race contestant should know to expect from having seen previous seasons of the show. This list included: ride a bicycle; dive and/or swim; climb and/or rappel on something very high; and lead, ride, and/or milk an exotic animal. These seemed things that, if applied for and we were to be selected for the Race, we would want to do before setting off.

Later, it occurred to us that we didn’t need to wait for the Race. We could do these fun things on our own hook. Some of them are impossible without the Race’s resources, of course, but others are available to anyone with time, money, and motivation. The first time we did this was when we ziplined in Texas, and the most recent time was today, when we took a llama trek in Smith Rock State Park near Redmond, Oregon.

This trek was a surprise birthday present from me to Kate. The birthday was in March, the surprise was at the party a week beforehand (I made all the arrangements in advance, then sprang it on her at the party), and the actual trek was in April when the weather would be more likely to cooperate. We had nearly perfect weather, as it turned out; sunny with temperatures in the sixties.

We started out at a Home Depoot parking lot in Redmond, where Sherry our guide met us and introduced us to “the boys:” Al (the eldest and calmest, dark brown), Link (also experienced, black and white), and Bug (the youngest and a bit skittish, black and white and recently shorn). All were gelded males, and a calmer, cleaner, and more dependable group of pack animals you could scarcely hope to find. From there we drove in convoy to the park, where we saddled ’em up, loaded ’em up, and rode ’em out.

Well, we didn’t actually ride ’em. Llamas’ backs are not made for riding, but they make fabulous pack animals, and each carried two panniers full of our stuff, which had to be as exactly balanced as possible (“when your llama is saddled and loaded to the guide’s satisfaction, you will receive your next clue”). Each pannier was different, all custom fitted to the individual llama, and as this was the first expedition of the season it took Sherry a while to remember how the straps and buckles worked on each one. By the time we actually hit the trail the parking lot, which had been nearly empty when we arrived, was half-full. (When we left it was jammed, with cars lined up on the road for a half-mile leading up to the park. Smith Rock is very popular with rock climbers and it was a lovely sunny Saturday.)

We were given the option of just hiking, with Sherry leading the llamas in a string, or leading a llama ourselves. Naturally we led our llamas, that being part of the point of the expedition. Kate started out with Al, the oldest and most docile, while Sherry took the skittish Bug (this being his shakedown cruise), leaving me with the reasonably placid Link. But Kate had some difficulty dissuading Al from stopping to browse every five feet, so we tried swapping. This worked well, and Al and I stuck together for the rest of the day. He did have a strong tendency to snack on any tasty grasses or junipers that caught his big brown eye, but a little bit of patience followed by a firm but gentle tug on the lead sufficed to get him moving again. (I might not have been so patient if there had been a million-dollar prize on the line.)

After hiking down into the canyon (and could a horse climb steps, I ask you?) we walked at a leisurely pace through trees and scrub, with amazing views of the river and spectacular rock formations. I’ve been a big fan of rock formations ever since my expedition to “Mars” in 2010, which is why I selected Smith Rock for this trek, and these did not disappoint. The rocks were also festooned with climbers, and provided habitat for ducks, geese, redtail hawks, lizards, and even a bald eagle, many of which (including the eagle) we got quite close looks at.

The llamas hauled all of our stuff uncomplainingly all day for nothing more than a handful of feed; they never even drank any water. (We were assured that they had eaten a large breakfast and would certainly drink up when they got back to the barn.) Well, I say “uncomplainingly,” but toward the end of the hike Al and Link both made the low Wookie-like groan that indicates mild discomfort (a happy llama is a quiet llama), but Al never stopped eating so he can’t have been too upset or uncomfortable. I think they might be a bit out of shape, this being their first trek of the season.

The llamas were approximately our height (“it’s a sheep with a stalk!”), and generally followed quite closely behind us, even occasionally stepping on our heels. This meant that there was often a llama face, with fuzzy ears and large soulful eyes, huffing down our necks or right next to our faces as we walked. Fortunately, they did not have bad breath; in fact, they had no odor at all. Nor did they spit, kick, or engage in any of those other bad llama habits, except that Al sometimes put his ears back when Bug got in his face — llamas have their pecking order and do like their space.

We found ourselves a bit of a tourist attraction ourselves, with just about every passing hiker wanting a photo and/or to pet the “alpacas.” I don’t know why, but nearly everyone thought they were alpacas rather than llamas. It was kind of cool even so.

At lunch time we stopped and set up camp, which is where the llamas really paid off: table, chairs, and a full three-course spread of tasty vittles came out of those panniers, and we ate a delicious and leisurely lunch with a delightful view of rocks, river, and grazing llamas. Then we re-packed the bags, turned around, and headed back to our B&B, with a stop for the traditional huckleberry ice cream at the park entrance. A most excellent day. 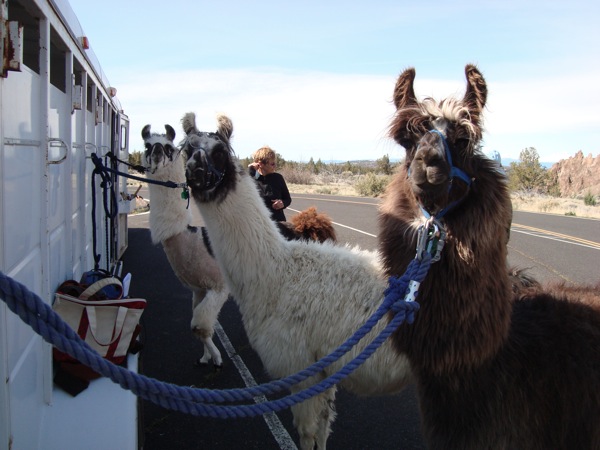 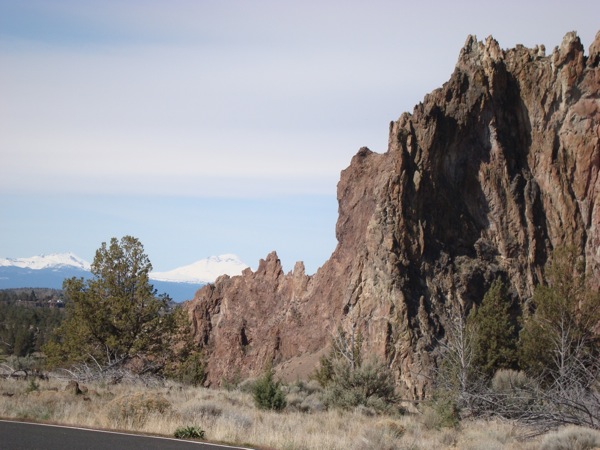 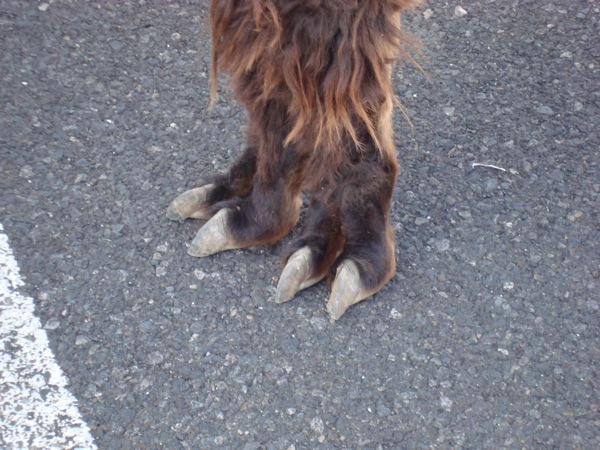 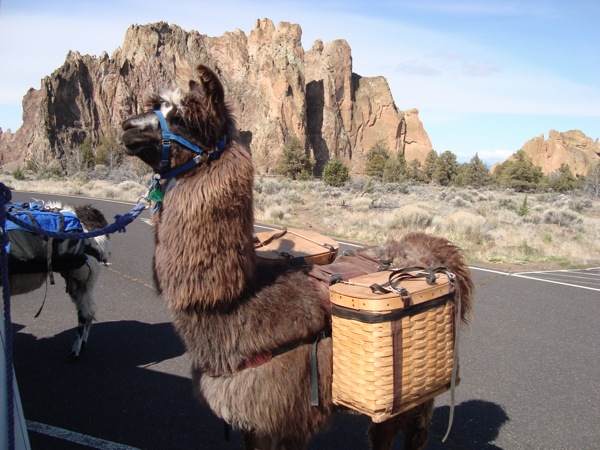 Al fully kitted out with his panniers. 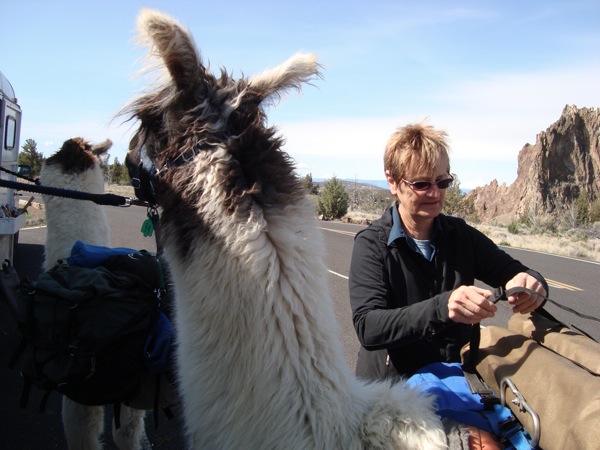 Sherry fits Link with his backpack. 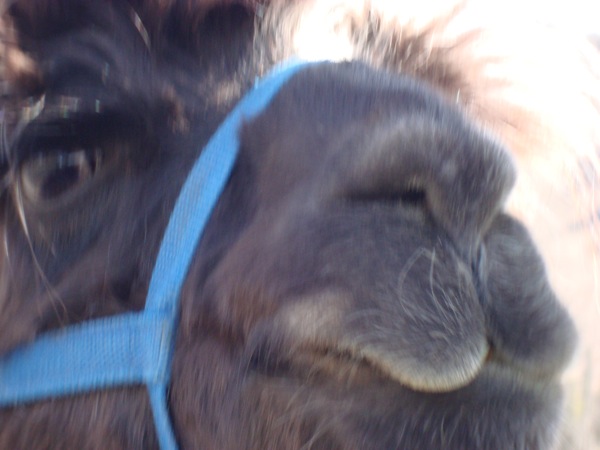 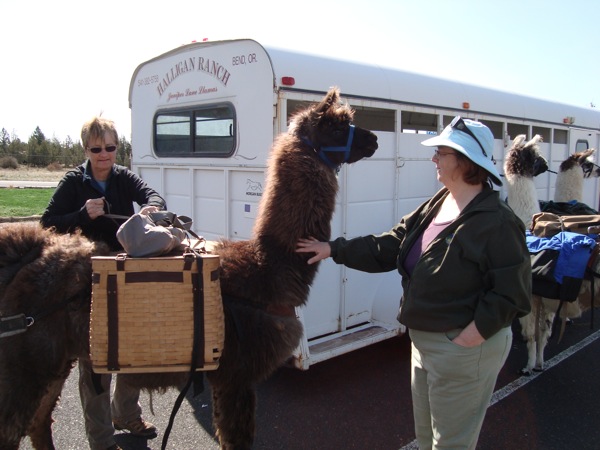 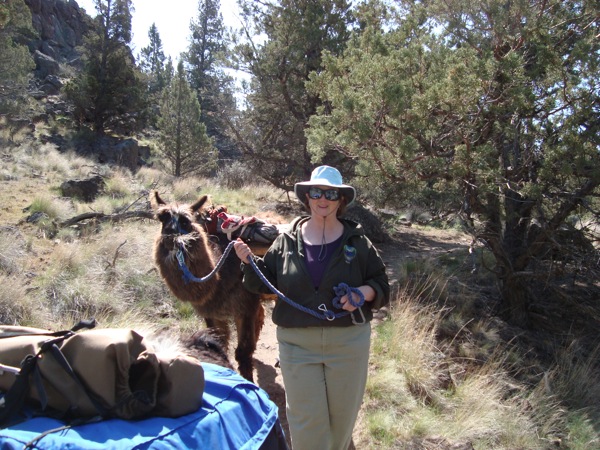 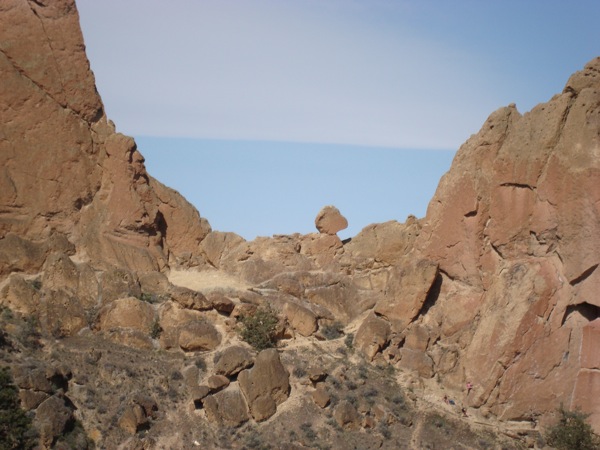 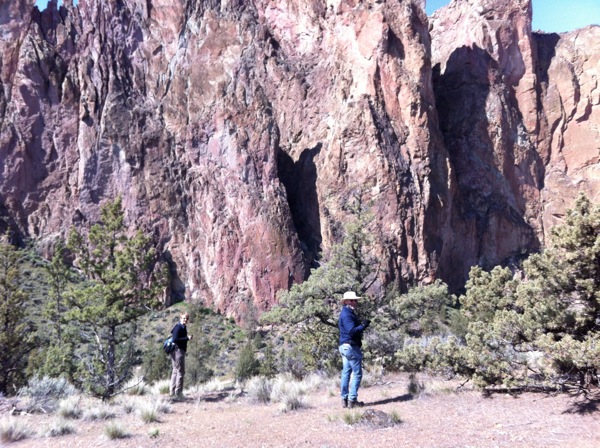 At the base of one of many intriguing rock formations. 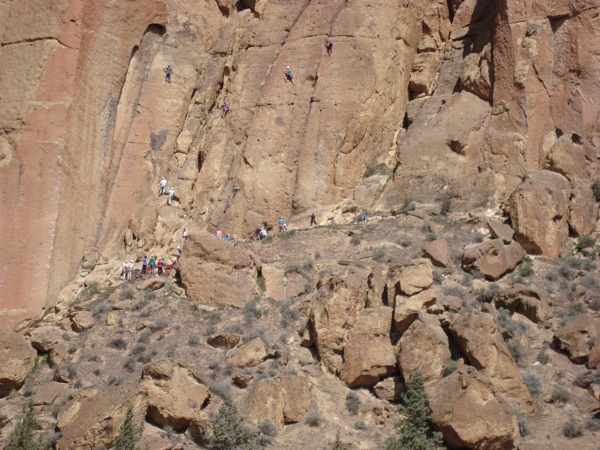 Rock climbers, far above and across the river. 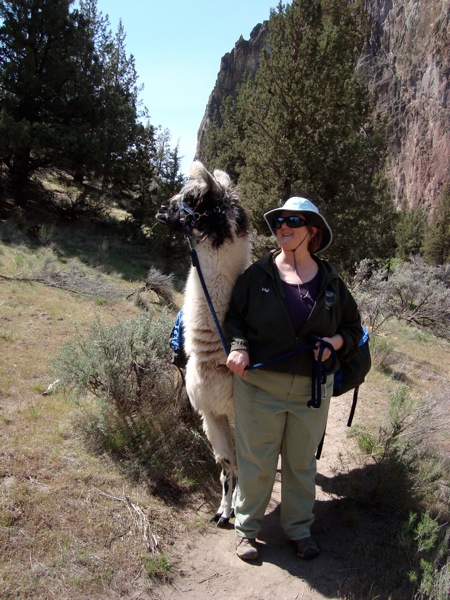 Pausing to admire the view. 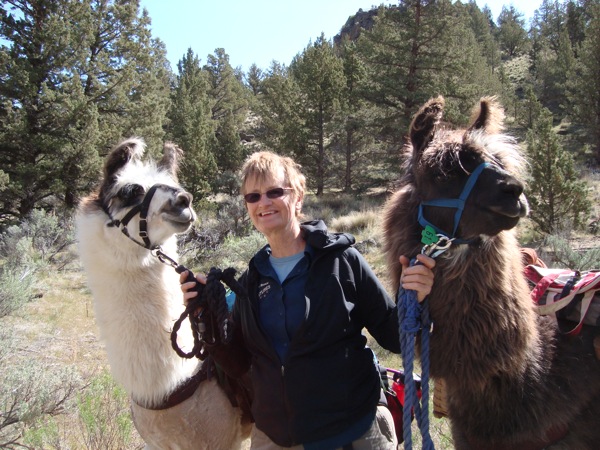 Sherry with Link Bug and Al. 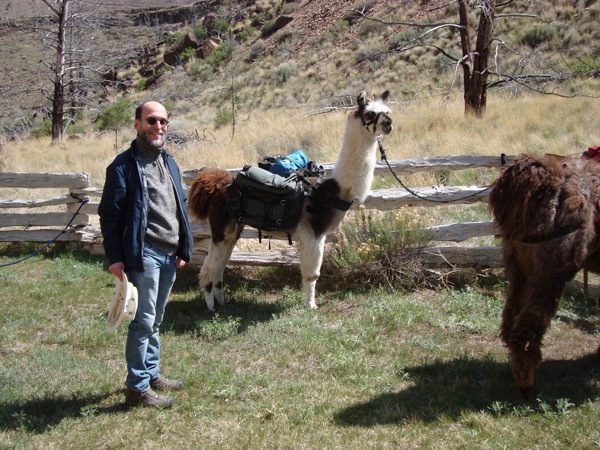 Stopping at the day use area (also serves as a helipad in case of emergency). 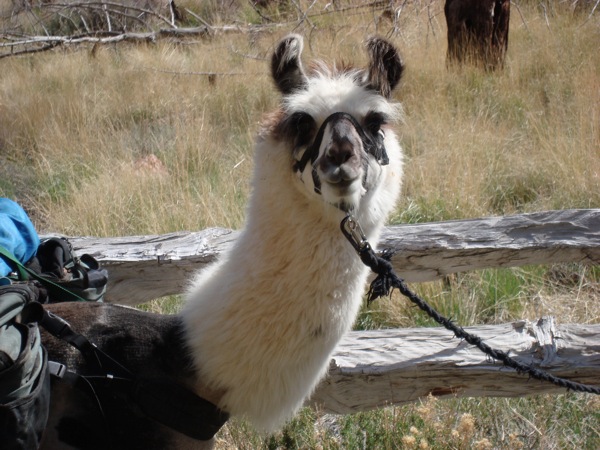 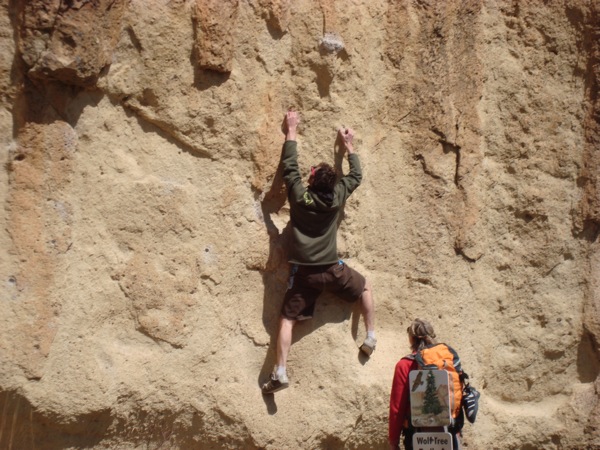 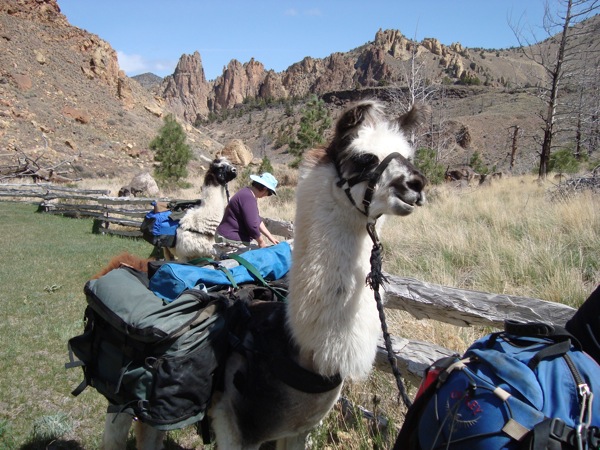 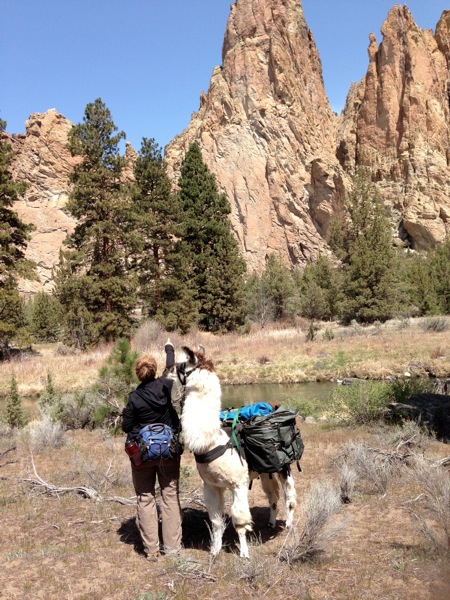 Pointing out an eagle’s nest. 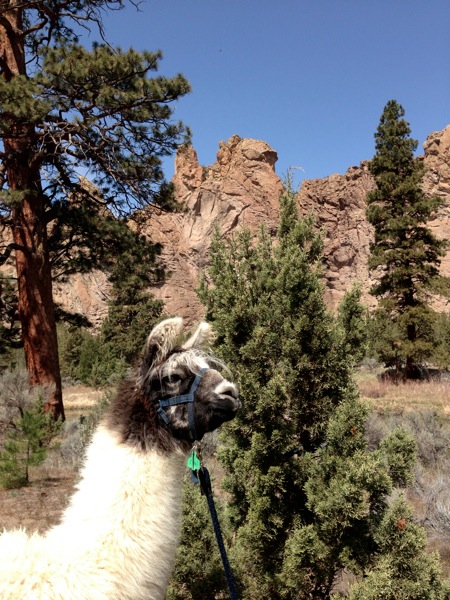 This reminds me of a book cover. (I am not going to write this book.) 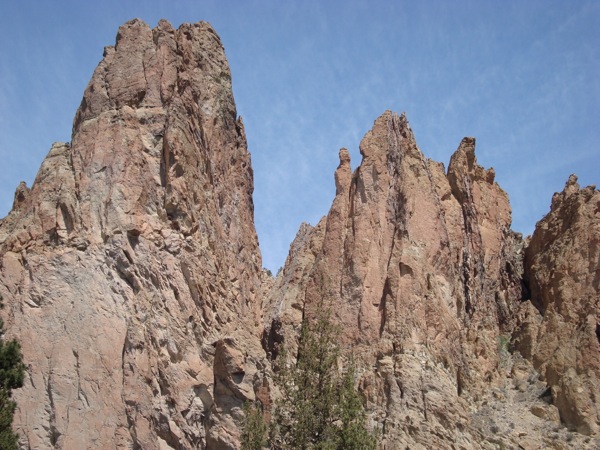 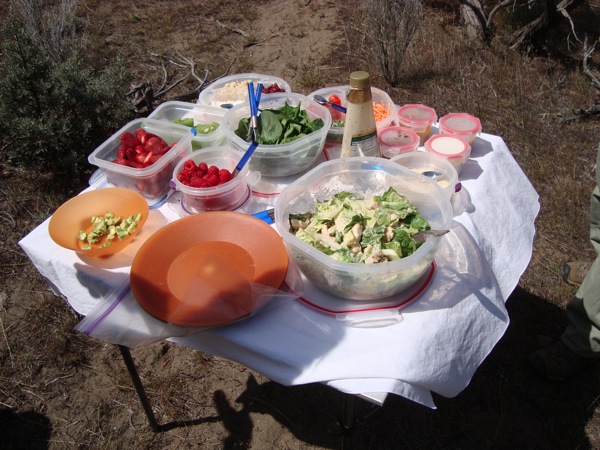 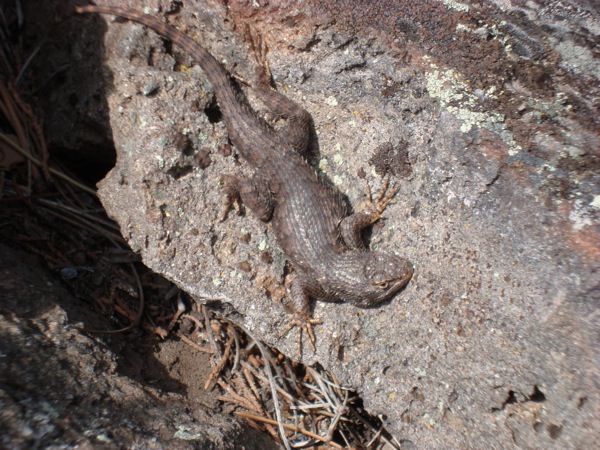 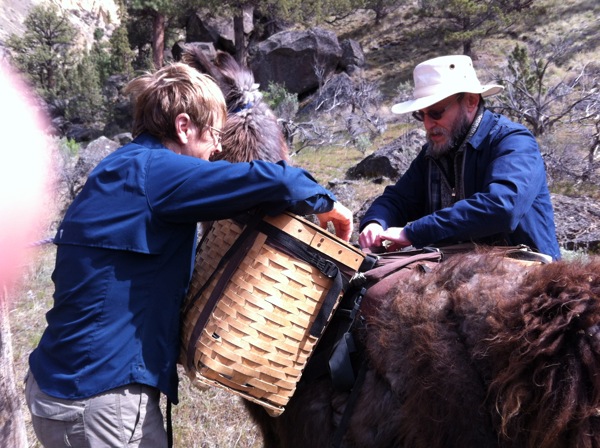 Kitting out Al for the trip home. 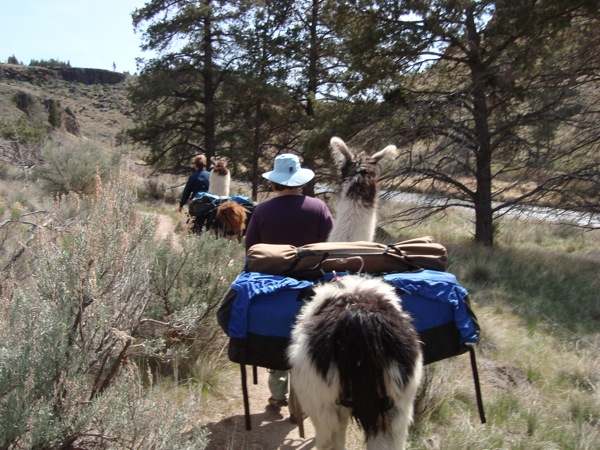 If you aren’t the lead llama, the view never changes. 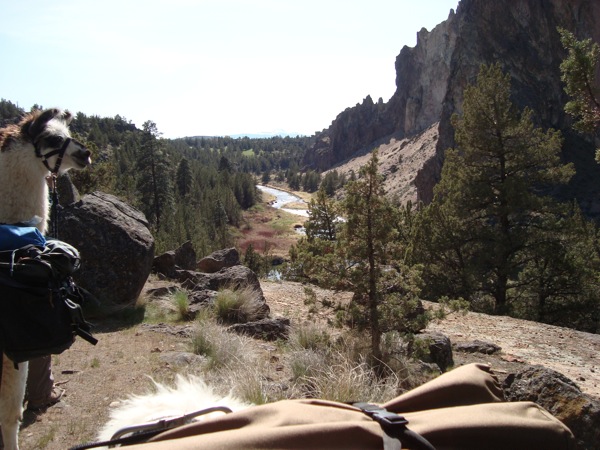 Last view of the river!

Our trek was organized by Halligan Ranch Llama Adventures, whom I would absolutely recommend for all your Central Oregon llama-related needs. We stayed at the Hillside Inn B&B in Bend, which was as nice as you might like, spacious, clean, and modern, with bold colors and plenty of amenities as well as a delightful home-cooked breakfast. We also had excellent dinners at Kebaba and 900 Wall.