Me on Grimm again

Back in January, I got a call to be an extra on Grimm and, for a wonder, I was able to make it. I worked all day — and when I say “worked” I mean mostly sitting around waiting for stuff to happen — and when the episode, “The Believer,” finally aired two weeks ago I was in about one second of footage. But it was a critical second.

PREACHER: Do you feel the love in your hearts?
CROWD: Yes! 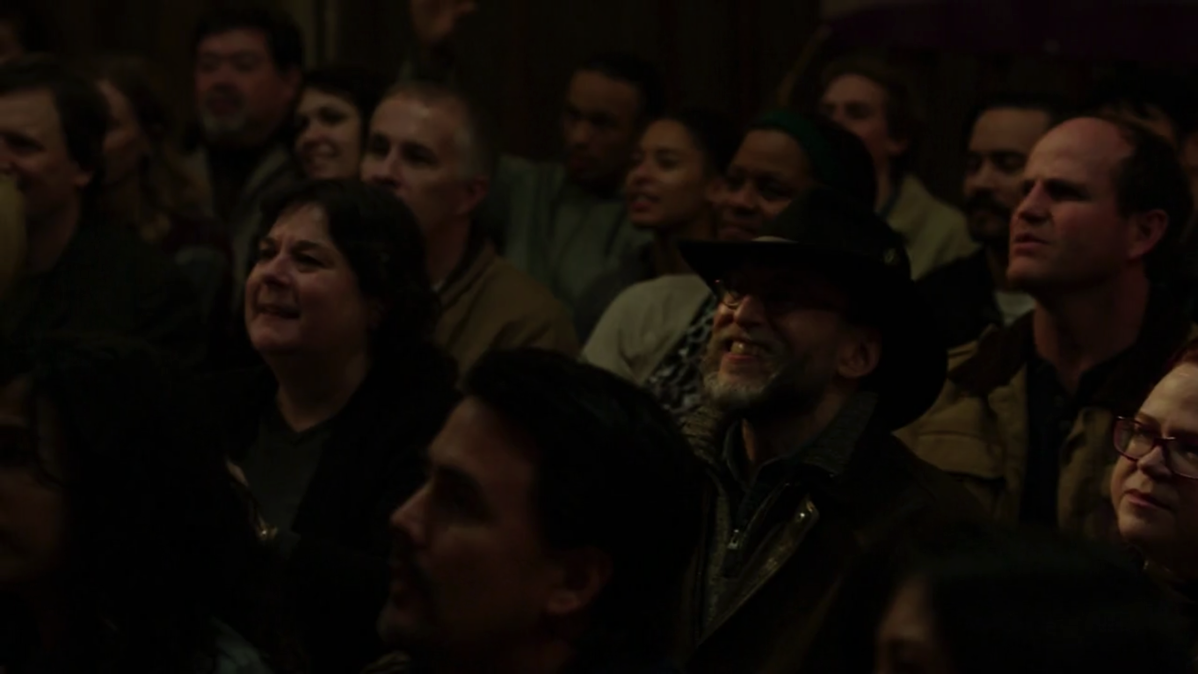 The job of extras is to make a scene feel real. In this case it was a huge group — over 100 people — and I did my tiny part of contributing to that energy, that noise, and that “feeling” of a tent revival, even if I personally didn’t appear on camera very much, so I am satisfied with my work. I had a good time, I got paid for it, and I would do it again.