So I was Skyping with my friend Janna the other day (and when did that become a verb, anyway?) and I reflected upon the fact that video calling is something that had been part of “the future” so long that it kind of snuck up on us when it became the present.

Video calling has been possible, even practical, for over 50 years. AT&T’s video phone was a memorable part of the 1964 World’s Fair, and I’m sure there were prototypes much earlier. I remember when I was a kid that a variety of video phone technologies were introduced every year or so, every one promising to be The Wave of the Future. Yet, even though each of these was technically and economically feasible, every one failed to catch on in any meaningful way.

Many people, myself among them, thought that video calling never would catch on, not because it was technically infeasible but because it was socially undesirable. You might want to see the person you were talking to, we reasoned, but who wants to be seen wearing whatever it was you happened to be wearing when the phone rang?

Until… well, I’m not sure when. Some time ago — it feels like three to ten years — something changed. And now people are Skyping and FaceTiming and Google Hangouting all over the place. It’s practically normal.

When exactly did this happen? And what changed to make it possible?

Janna theorized that it was the widespread adoption of smart phones with front-facing cameras that made the difference, but my gut feel is that the normalization of video calling is a bit earlier than that. My guess is that the inflection point might be the 2003 Iraq war, which may have been the first major event that combined adequate and widespread technology infrastructure (laptops with Internet and video cameras) with long-term overseas deployment of large numbers of lower- and middle-income Americans. Because of this war, millions of average Americans have used this technology to communicate with loved ones who were otherwise inaccessible, and once they’ve started doing it (and bought the hardware, and climbed the technology learning curve) they will keep doing it with their friends.

Another alternative explanation is, as it has been for so many other technologies, pornography. But I think that ChatRoulette and Cam Girls postdate the widespread adoption of video calling rather than being an instigator.

When do you think video calling became mainstream, and why?

Kobo’s holiday sale ends today (January 5)! Use promo code 50COUPON for 50% off hundreds of indie ebooks, including my award-winning short story collection Space Magic. Use the “Add to Cart” drop-down rather than the “Buy Now” button to allow entering the promo code.

Book View Cafe’s holiday sale ends tomorrow (January 6)! Over 100 ebooks are half-price, including my novella Second Chance! Books are listed at full price but will be automatically discounted at checkout.

I’m (still) working on a big retrospective post of all the cool stuff I did in 2013, but at the prompting of John Scalzi I thought I would put up a separate post with my award-eligible work from 2013.

Of these, I’m proudest of “The Wreck of the Mars Adventure,” but it would be a real hoot to get Dr. Talon on the Best Dramatic Presentation ballot.

As you may know, I retired from my day job in 2007. People often ask me if I retired to write full-time, but the fact is that I’m not really spending much more time writing than I did when I was employed. Instead, we spend a lot more time traveling.

Here are all the cities where I spent at least one night away from home in 2013:

Plus numerous visits to Seattle to hang out with Janna and other friends.

This is just a quick reminder that SFWA’s Pacific Northwest Reading Series is having our next events in Seattle and Portland soon!

On Tuesday, January 14 in the Seattle area, we’ll have Nicola Griffith, Kelley Eskridge, and Janet Freeman-Daily. The University Bookstore will be on hand again selling books and all the authors will be available to sign.

On Wednesday, January 15 in Portland, we’ll have Mary Rosenblum, Nina Kiriki Hoffman, and Rick Lovett. Wrigley-Cross Books will be selling books and all the authors will be available to sign.

See http://www.sfwa.org/for-readers/sfwa-northwest-reading-series/ for more information on both readings. Tell your friends!

I hope you can join us! It should be a lot of fun.

Did you get a shiny new e-reader or tablet for Christmas?

Book View Cafe is having a holiday sale! Through January 6, over 100 ebooks are half-price, including my novella Second Chance! Books are listed at full price but will be automatically discounted at checkout.

Kobo is also having a holiday sale! Through January 5, use promo code 50COUPON for 50% off hundreds of indie ebooks, including my award-winning short story collection Space Magic! Use the “Add to Cart” drop-down rather than the “Buy Now” button to allow entering the promo code.

Enjoy, and spread the word!

You don’t really want to get into that whole “Black Friday” BUY BUY BUY thing, do you? Why don’t you come out to Hillsboro and hear readings from five local authors (including me!) while enjoying food and/or drink from the world’s largest collection of Oregon wines and beers instead?

See http://www.niwawriters.com/bards–brews.html for more information. Hope to see you there! 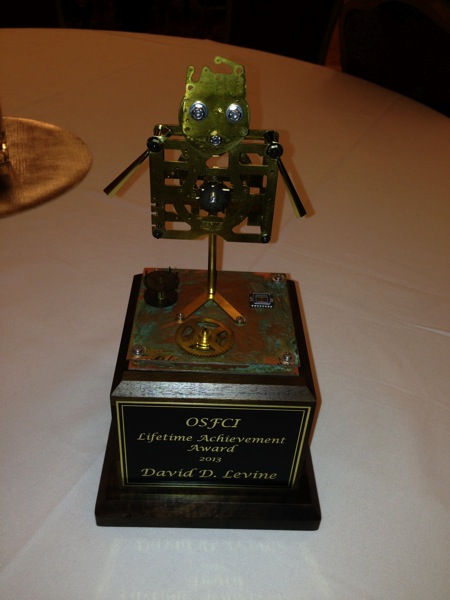 Last night we were very fortunate to see Dr. Jekyll and Mr. Hyde at Theatre Vertigo. A tight, crisp performance in a tiny space.

The acting was uniformly excellent, with Mario Calcagno’s performance as Jekyll a standout; most of the rest of the cast plays one or two roles (several of them cast gender-blind) in addition to dividing the role of Hyde, a decision I questioned at first but which worked brilliantly. The production is highlighted by subtle, highly effective music and sound effects and sharp lighting, with every sound and light cue nailed. And the whole thing takes place in a performance space the size of my living-dining room, with one and a half rows of seats along the wall on each side; this intense production takes place right in the audience’s lap.

Dr. Jekyll and Mr. Hyde plays through November 23 and I strongly encourage you to see it if you can.