Just a reminder that Kate’s funeral is tomorrow, Sunday 10/16, at 1pm at Wilhelm’s Portland Memorial Funeral & Cremation. All who loved Kate are welcome. There will also be a less formal memorial gathering in January or so, details TBD.

My plan for today is to stay at home and receive visitors. Please txt me at 503-806-7562 before coming over, in case we are out at lunch or some such.

Thank you all so much for your love and support. It is greatly appreciated. 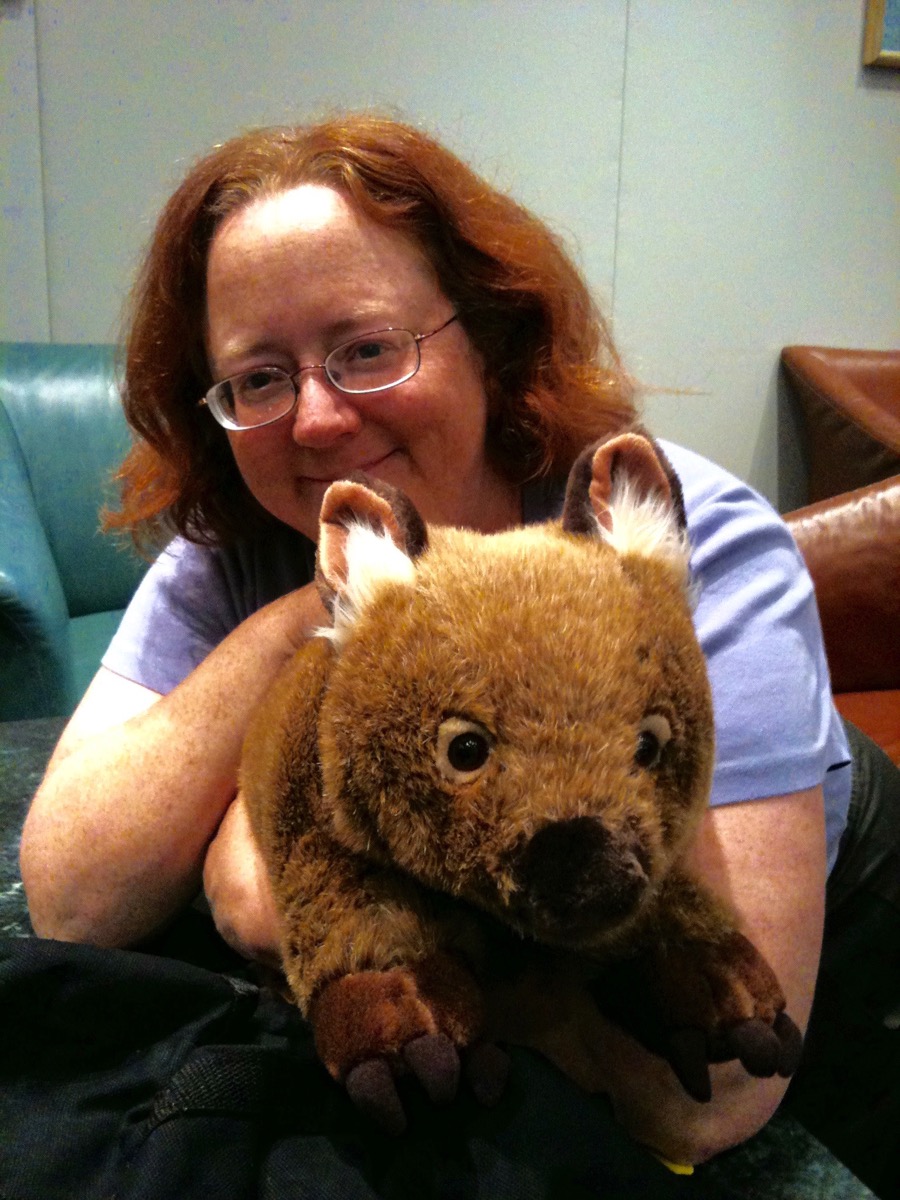 Kate Yule’s funeral will be held on Sunday October 16 at 1:00 pm at Wilhelm’s Portland Memorial Funeral & Cremation in Portland, Oregon. Anyone who loved Kate is welcome to attend. The ceremony will be officiated by Ellen Klages, and there will be an opportunity to share your memories of Kate if you wish.

We also plan a memorial gathering in a few months, most likely in January, so if you can’t attend the funeral there will be another opportunity to celebrate Kate’s memory.

If you would like to make a charitable donation in Kate’s honor, please give to the Multnomah County Library Foundation to support the library’s literacy programs. Kate volunteered for years with SMART (Start Making A Reader Today) and was always passionate about books and reading. Please mark the gift in memory of Kate Yule and indicate that the acknowledgement should be sent to my address (email me if you don’t have it). Your donations are tax-deductible.

I have found myself at the epicenter of an enormous outpouring of condolences and love since Kate’s passing. I am just overwhelmed with gratitude and wish I could respond in kind to everyone who has reached out to me and Sue in this very difficult time. Your support is greatly appreciated. Thank you. 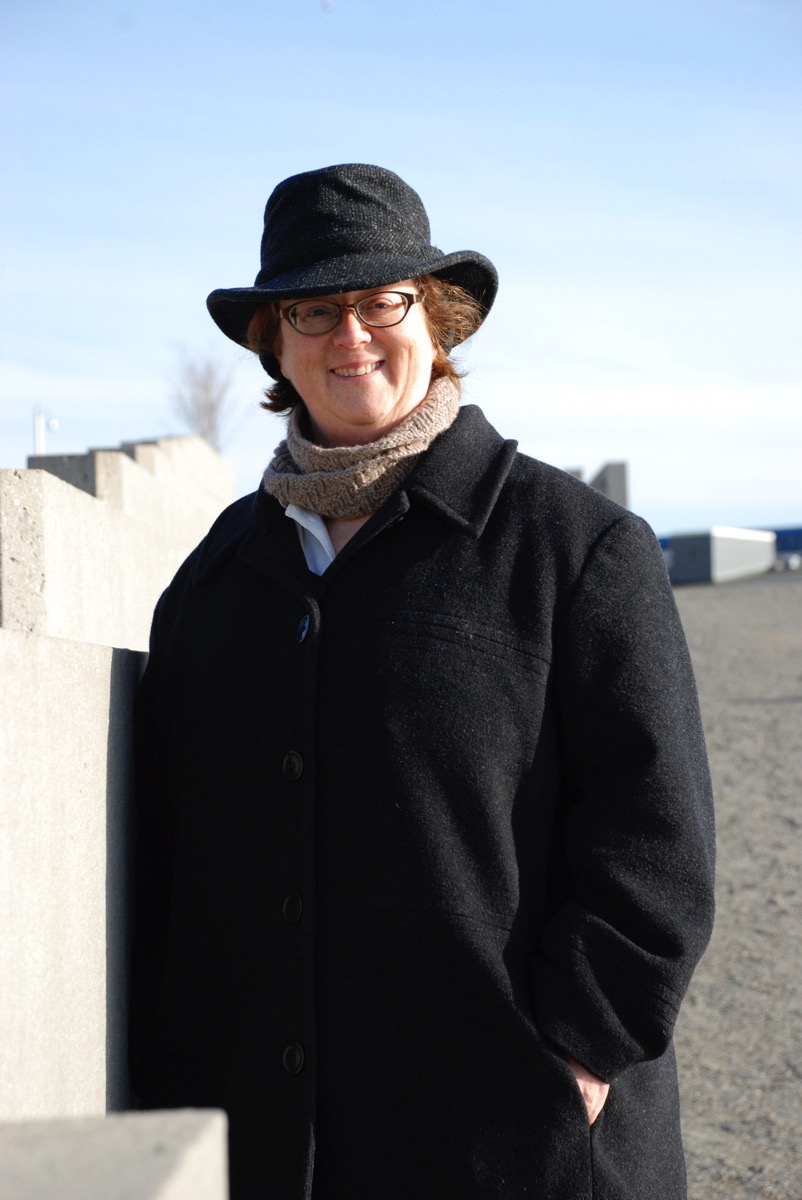 Kate passed away at 3:30 this afternoon. I was holding her hand, Sue was on the other side, and my father was with us as well as our friend Teresa E. Her passing was as peaceful as it could be. Thank you all for your thoughts and kind words.

Kate has basically been asleep for the last couple of days straight. She hasn’t been able to eat or drink anything, and can no longer swallow pills. We are now giving her only the most critical medicines, in forms that can be absorbed through the tissues of the mouth. She is resting peacefully and we are adjusting her drugs as appropriate to keep her comfortable.

Visitors are welcome; please txt me before coming over. Kate’s parents have gone home, but Sue is still here and my father is with us for a few days. The house can be quite crowded at times (at one point this morning we had ten people, including two friends, a caregiver, a nurse, a home health aide, and a notary). If you do visit, you should not expect Kate to respond to your presence, although she may open her eyes and look at you. She is not quite conscious, but not exactly unconscious either. We think it is soothing to her to have calm voices nearby.

Thanks for your help and support.

Kate is getting a little weaker every day. She can no longer get out of bed and is having even more difficulty communicating than before. She’s sleeping a lot, but her pain is under control. Her sister Sue is here for the duration, her parents are here right now, and my father will be coming this weekend.

We have been getting excellent support from hospice, with nurses, drugs, and equipment all just a phone call away. The social worker and chaplain (for some reason when I reach for the word “chaplain” I always get “cleric”) have been helpful with those difficult end-of-life conversations, and the home health aide comes by three times a week to give Kate a bath. Our third-party home health care provider is now sending someone for four hours every day and overnight every night. Everyone has been compassionate, skilled, and supportive.

Visitors are welcome, but please txt me before coming over, because the house is sometimes kind of crowded with health care people and sometimes she just needs a rest.

Thank you all very much for your support and good wishes.

I haven’t sent out a progress report in several weeks because there hasn’t been any progress to report. Kate has had two infusions of Avastin and has not been improving — in fact, she’s been getting worse. She is now extremely weak and, despite using the walker indoors and out, has been having falls and near-falls almost every day. The aphasia is also very bad, and there are other problems.

This has been extremely hard on me. I am not physically strong enough to pick Kate up by myself when she falls, and I’m having trouble maintaining the patience and compassion I need for all of the other caregiver tasks I have to perform. I am exhausted, and emotionally I’m near the end of my rope. I have been getting more help from in-home health care and friends, but it’s not really enough.

With all of this going on I called Dr. Lufkin for help Tuesday, and he got us in Wednesday morning. His assessment is that the Avastin is not really helping and could cause harm (it causes bleeding, which could be very bad in case she has a serious fall), so he recommends stopping it. Unfortunately, there are no other treatment options left. Avastin is the last FDA-approved treatment for recurrent glioblastoma, the Foundation One genetic tests didn’t turn up any additional options, and she isn’t eligible for any of the available clinical trials. Therefore, the next step is hospice care. Kate needed a little time to think it over, but she signed the paperwork on Friday.

Hospice doesn’t mean just waiting to die. Hospice means that a wide variety of at-home care services become available to make life easier for both of us. We have a dedicated team of nurse, social worker, chaplain, and home health aide, and access to other specialists from bereavement counselors to animal therapy. Any drugs or equipment we need will be delivered to the house on short notice, and it’s all covered 100% by our insurance.

There is explicitly no timeline here. Every patient is different and every tumor is different, so there’s no telling how long we have. With more support and a focus on comfort and in-home safety, she may actually live longer than she would have with treatment. Some patients remain on hospice care for a year or more. Some patients even come off of hospice care. We will just have to make the most of however much time we’ve got.

Thank you very much for your support and good wishes.

Sandra Odell, Django Weller, and I will be appearing at two events in the SFWA Pacific Northwest Reading Series this week:

Hope to see you there!

I’m heading to Kansas City tomorrow for the World Science Fiction Convention! Here’s where you can find me.

All events are in the Kansas City Convention Center except for the High Stakes Launch Party and Mass Signing.

Kate has been home from the hospital for a bit over two weeks now, working with in-home physical, occupational, and speech therapists once or twice a week each. She is still weak and wobbly — using a walker even in the house — and the aphasia is still pretty bad, but I believe both are improving. It’s slow and not consistent, but on average I think she’s getting a little better every day. In fact, she’s doing so well that the physical therapist thinks she ought to switch from in-home to outpatient therapy soon… maybe next week.

We’ve also signed up with an in-home health care firm. We have two different caregivers coming over on Wednesday and Friday afternoons. This will let me get out of the house or focus on tasks without having to worry about Kate. We are still figuring out how best to make use of their help while they are here, but it is helpful just to be able to take my mind off of Kate’s care for a couple of afternoons a week.

We met with the oncologist on Monday. He’s satisfied with her progress since the surgery and we are planning to start Avastin infusions in two weeks. The genetic testing isn’t back yet, but he says it’s unlikely to result in a big change in treatment. I’m not really happy about Kate getting an infusion every two weeks for the foreseeable future, but if it keeps the cancer from coming back I suppose it’s worth it. We are also ramping down the steroids (currently 6mg per day, down from 8mg) and pain meds. Next MRI is scheduled for this Saturday; this one is mostly to set a baseline for future scans.

We had an unplanned trip to Seattle last weekend, to visit a dear friend in the hospital there. She’s been hospitalized for more than a week and doesn’t have a diagnosis yet, which is worrisome. Many of you know who I’m talking about, and if you do I hope you’ll spare some good thoughts for her. The trip was stressful for a variety of reasons but Kate came through it like a champ.

As you may know, I had to cancel my planned readings in San Francisco this coming weekend. However, Kate’s sister is coming down from Seattle next week to stay with Kate while I attend the Worldcon in Kansas City. I hope to see some of you there.

So, all in all, things are not going too badly. I hope that we will continue to see slow but steady progress in the coming weeks.