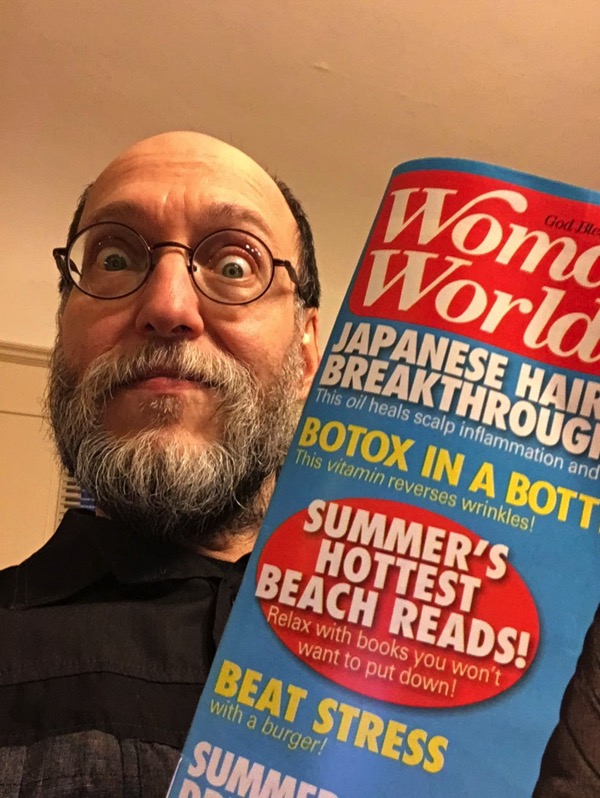 Holy cow, things are really heating up for Arabella of Mars!

I just got back from the Nebula Awards weekend and Book Expo America in Chicago. Although I did not win a Nebula, everything else went great. Between the two conferences I gave out nearly 100 signed ARCs of Arabella to booksellers, librarians, educators, bloggers, writers, and readers, many of whom were very enthusiastic about the book. Best moment of the weekend was when a girl of about 12 came to the SFWA table at BEA looking for an age-appropriate book. None of the books on the table were appropriate for her, but I pulled one of my two remaining copies of Arabella out of my bag and asked if the cover appealed to her. She said it did, very much so, and when I inscribed and signed it and gave it to her she literally squee’d and clutched it to her chest. There was also much excellent programming and hanging out with writer-folk.

Arabella was just named one of “Summer’s Hottest Beach Reads” by supermarket tabloid Woman’s World, circulation 1.6 million. It’s in the current (May 30) issue, available at a check-out stand near you. Arabella was one of 14 titles listed and only two SF/Fantasy! I’ll have to try that Japanese hair breakthrough, just as soon as I’ve beaten stress with a burger.

Tor is also doing a Goodreads Giveaway of nine copies of the book. You can enter here until June 17.

I have also added six new appearances to my Upcoming Appearances page just in the last week: the Locus Awards; a Reddit AMA; readings at Mysterious Galaxy in San Diego, Eagle Harbor Books on Bainbridge Island, and SF in SF in San Francisco; and a one-day workshop for Clarion West in Seattle.

Here’s my current list of upcoming appearances for the year:

And there might even be a few more! I just had to turn down an invitation to a library conference in Arkansas due to a conflict.

There are also three more cool things in progress which I cannot yet share with you, but I have seen early drafts of all of them in the past day and they just give me chills.

Arabella of Mars launches July 12! You can pre-order it now from Amazon, Powell’s, or the University Book Store.